The Volkswagen Group returns to lead the world market in 2018 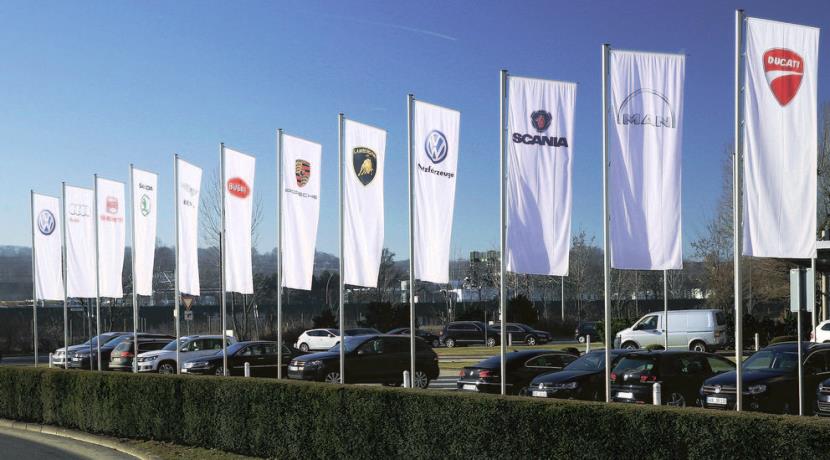 The global automotive sector is living a convulsive and rare situation. The SUV's , regardless of the segment we speak of, are taking over the sales rankings. To this we must add the "diselfobia" that is occurring in some major markets, such as Europe . Finally, we can not lose sight of the fact that sales of vehicles in China have fallen in 2018 for the first time since the 1990s.

However, the sale of New vehicles in the world has grown. During 2018 95.6 million of units were commercialized, representing an increase, compared to 2017, of 0.2 percent . The difference is small, but enough for brands to keep breathing. However, the industrial conglomerates that dominate the market are still the same, repeating the Volkswagen Group one more year.

Volkswagen leads, but Toyota and Renault-Nissan do not take their eyes off

Despite the setback suffered by the Volkswagen Group with the crisis of diesel engines EA189 , the sales of its models are maintained. Repeat in first position with 10,830,625 million of units, which represents an increase with respect to 2017 of 2.2 percent. However, the Toyota Group does not take his eyes off, since with 10.525.655 million of units it returns to repeat in the second position of the ranking.

The Alliance Renault-Nissan-Mitsubishi , with 10,360,992 million units has to settle for bronze. However, it could be the same case as last year. That is, once the industrial vehicles are added, it will recover its throne as the world's first constructor. However, the 2018 positions with respect to 2017 remain unchanged, as the builders have maintained similar sales figures.

The most striking cases are those of Ford Motor Company , the PSA Group and General Motors . In the first case, the decrease in sales in 2018, compared to 2017, was 8.9 percent, the highest fall in the ranking. The French conglomerate, PSA, has recorded a decline of 2.9 percent, that is 122,567 units less. Finally, General Motors has dropped 2 percent , subtracting 175,216 units from its deliveries.

To finish, we have the case of the FCA Group , that with a growth of 0 percent, remains the same in 2018 compared to 2017. The rest of builders and positions you can see them below in the attached table.